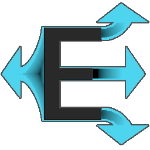 Welcome to Thuztors Mapping Guide Version 0.2. With this document I'm trying to teach you in using the Mapping Tools. New in this version:   - new BuildingEd tutorial - Your build