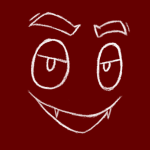 Vehicles look out of place?