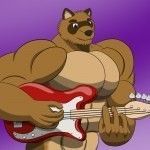 Causes of Death - The Statistical Study

By ShylokVakarian, August 25, 2016 in General Discussions

Back to Study Central   Welcome to the unofficial-but-officially-endorsed statistical study on the causes of death in Project Zomboid.  This started out not as a study on causes of death, bu

Being infected by the zombie virus is not the same thing as having an infected wound.  Infected wounds are just normal, boring infections like the kind you can get in real life.  You cannot get infect

I died from drinking bleach because I wasted my plaster and paint making my fort the wrong color by accident. - This was at 9 months of surviving. I also died once because I woke up at 4am IRL to p